"A person's life can be compared quite nicely to the four seasons of the year. This blog is from someone in the Winter of Life enjoying the fruits of his "Summer and Fall" and looking forward to assisting the growth and nourishment for the next generation.
My Father and Grandfather passed on their wisdom through their actions and their stories. This is probably be the most impactful way to pass on wisdom. But the written word can have an affect on lives that extends beyond the memories of a couple of generations. This blog is an attempt to reflection on my life experiences and pass these reflections to future generations of my own family as well as any others who might come across these pages.

What's in a Name? 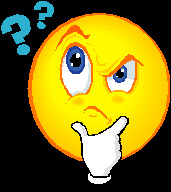 Do you remember when your mom told that old saying, "Sticks and stones may break your bones but names will never hurt you."? I was a short, chubby kid who had numerous occassions to repeat that jingle. This lasted until I got on the football field and was able to "legally" get some revenge. I broke some bones, but the names have continued to stick with me.

Others have had a physical or mental condition that the "normal" kids thought was so funny they just had to be creative and give out funny names. Remember "four eyes", "fatty, fatty, two by four", "dumbo", "dum-dum", and so on? Do you also remember, when it became obvious the names were too harsh, they would say, "I'm sorry." Right!

After each insult, Mom's jingle would come to mind. Unfortunately, it didn't work as well as Mom intended. Broken bones heal, but names stuck around. I remember breaking my arm as a kid. After the initial pain and fear subsided, it was kind of cool to show off the cast and have everyone sign it. I got over the broken bones quickly. But the names, well ... let's just say it took a little more time to get over them.

As I look at life from the vantage point of the Fall. it is clear to see I have been guilty of labeling individuals. In

the process, the labels hurt them and deprived me of the opportunity to get to know some really great and interesting people.

Like many "straight" folks, it was common for me to refer to homosexuals as queers or some other degrading name. Somehow it was okay to refer to a boy suspected of being homosexual by giving the limp hand shake and raising my voice tone and talking "girly" talk. We've all done it so don't bother denying it.

Until I found out my great uncle whom I admired was homosexual and yet he was as manly as any "normal" man. He was intelligent, gifted and loved the outdoors. Then there was my cousin. Sonny was musically talented, had a brief career in Hollywood and was a high school band teacher, a darn good one. Someone didn't like his homosexually and beat him to death.

I have made friends with guys and gals only to find out after the friendship had developed, they were homosexual. The friendship, I discovered, was more important than my friends sexual orientation. I have two distant cousins who are homosexual, one even drinks too much just like a lot of "straight" folks.

Please don't preach to me about homosexuals and the Bible. I know all the passages, I used to quote them regularly. Until my Bible fell open one day and John 3:16 poped out. Jesus came into the world to save all who believed in Him. Paul wrote, "For all have sinned and fallen short of the glory of God."

In my early career, I was a junior varsity football coach. We scheduled a game with the mostly black high school JV team. When the coach and I met in the middle of the field after a pretty good game, he remarked, "My boys were scared to death of playing an all white team." I laughed as I confessed, "My boys were scared to death of your guys as well." We both gave a nervous laugh because we both knew without saying it, that we were as afraid as were our boys.

The point is a simple one, I will always wonder who I missed in life because I let a label define a person instead of finding out who they were behind the skin? The overweight woman, Ella Fitzgerald; the deformed man, Stephen Hawins, the menally challenged, the old woman, the Black man, the homeless man, and you can name others.

We all take shortcuts in life. It's almost necessary in this busy life. Labels are a relationship short cut which helps us sort out those with whom we come in contact. We take this shortcut because we don't want to take the time to get to know someone. It is a shortcut we should take rarely. I regret having taken it too often in life.

This is Steve with the
View From the Fall.

Really enjoyed your putting into words my thoughts exactally. I have always had a heart for those who suffer because they are different and have suffered myself for standing up for them. Sometimes you have to just follow Gods lead. Thanks for sharing.

You are encouraged to follow "View...". Your presence encourages me!

The Cycles of Life

Fall’s joy of the harvest,

So goes the cycle of land,

One season gives way to the next.

The seasons of our life

The completion of one season’s task

Is necessary for the next,

Until that season arrives when a man,

As I anticipate death,

There are things left not done

Leaving this life of regrets

Never to be fulfilled,

And feel the sense of completeness

For which I have longed.

My heart is overjoyed

Of seeing My Father

And hearing His words,

From "The Crystal Cave" by Mary Stewart

This book is Stewart's treatment of the Merlin/Arthur legend. The narrator is Merlin in the Winter of his life. He has this to say about his memories.

"This is true of all old men, that is recent past is misted, while distant scenes of memory are clear and brightly coloured. Even the scenes of my far childhood come back to me now sharp and high-coloured and edged with brightness, like the pattern of a fruit tree against a white wall, or banners in sunlight against a sky of storm."

I love Ms. Stewart's imagery. More importantly, Merlin speaks the truth of those in the Fall/Winter of Life. We see the past clearly and with bright clarity, while the present is often pictured in hues of gray.

Search This Blog for items of interest

Popular Posts over the last 30 days